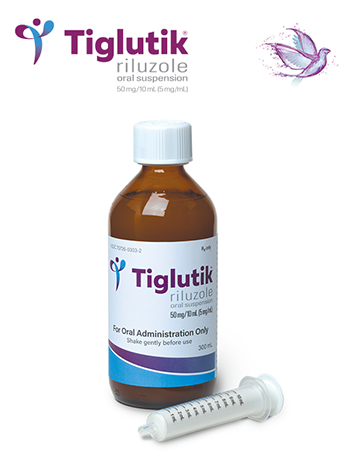 TIGLUTIK is for People Who Have Difficulty Swallowing

Swallowing requires many nerves and muscles to work together so food and beverages can move from the mouth to the stomach. ALS often affects the nerves and muscles that help us swallow. In many people, ALS causes a medical condition called dysphagia. Dysphagia means difficulty in swallowing. It is the sensation of abnormal swallowing.

ITF received FDA-approval on September 6, 2018, for TIGLUTIK, the first and only liquid oral suspension of riluzole for the treatment of ALS.

ITF received FDA-approval on December 13, 2019, to broaden the existing label for TIGLUTIK to include administration via percutaneous endoscopic gastrostomy (PEG) tubes for the treatment of ALS.